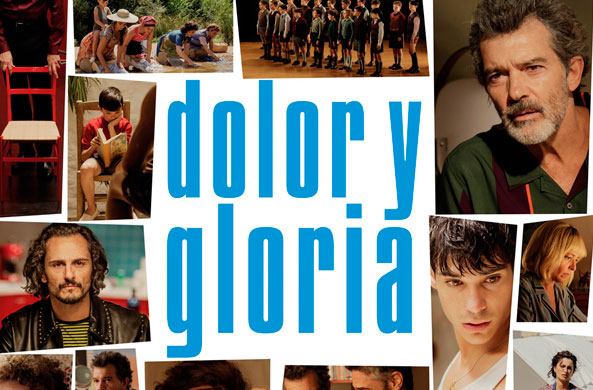 The latest film by the Spanish director Pedro Almodóvar was released in UK cinemas on 23 August. Check if the film is still being shown near you (https://www.independentcinemaoffice.org.uk/films/pain-and-glory/). It is a beautiful film, melancholic and mysterious, filled with the joy and pain of an aging film director.

The director (Salvador Mallo) reflects on the past and the choices he made along the way. He is struggling with pain, depression and fears. A few personal reunions, a theatre monologue written by him and heroin, which he takes to relieve his physical pain, bring back a series of old memories.

In this way he looks back on his youth, his bond with his mother, his religious upbringing, his sexuality and his great loves. The leading roles are played by Antonio Banderas as the director Asier Etxeandia, Penélope Cruz in the role of his mother in the past, and Julieta Serrano.

Oscar-winning director Pedro Almodóvar described this, his 21st film, as the most personal yet. Dolor y Gloria premiered at the Cannes Film Festival, where Antonio Banderas won the Best Actor prize. Click here for the trailer.